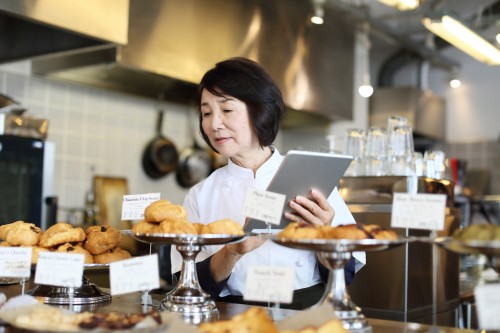 Whether it’s from an increased life expectancy or growing financial pressures, the census numbers tell us that baby boomers are working longer than previous generations.

Not everyone is excited by the promise of relaxation and spare time. Many baby boomers choose to continue to work well into their traditional retirement years. Some retire only to find that retirement isn’t what they expected. Not meeting their needs, many return to the workforce. Some look for part-time or seasonal work to suit their lifestyle while others prefer full-time employment. Still, many find this the perfect time to go into business for themselves. Self-employment allows them the flexibility of both a stable work life and the perks of retirement — making them a brand-new group of retirees.

The latest census data from Statistics Canada show more and more Canadians are choosing to ignore the traditional retirement age, whether for their health, their finances or just for the fun of it.

The shift is even more dramatic for women, a reflection of their escalating role in the workforce. Some 38.8% of senior women worked in 2015, twice the proportion of 1995, while the percentage of women working at 70 more than doubled over the same 20-year period.

According to demographer David Foot, author of the best-selling book Boom, Bust and Echo, which anticipated the impact of the aging baby boom, the average person's lifespan has increased two years per decade for the past 50 years.

"It's stretching out our work life so we're no longer thinking of retiring in our early 60s any more, and it's stretching out retirement," and "Many people now have the opportunity to look forward to 20, possibly even longer, years of reasonably healthy retirement."

That prospect, Foot says, puts a strain on people's financial resources - particularly in an age when guaranteed pensions are no longer reliable sources of income. As a result, Foot suggested most working seniors will only defer their retirements by up to five years and are likely to prefer part-time work — a trend already borne out by recent census numbers.

Send Us a Message

Evening Appointments Available: Meetings available at place that is convenient for you.